BDS stands for the movement to boycott, divest from and sanction Israel.

The movement takes much of its inspiration and rhetoric from the successful boycotts of the 1980’s and early 1990’s that forced the South African government to abandon its system of racial apartheid. This is why the BDS movement tries so hard – despite so many facts to the contrary – to draw a parallel between Israel and South Africa.

BDS leaders also try very hard to portray themselves as peace activists who are using non-violent means to force Israel to withdraw from the West Bank and make way for a Palestinian State.

But a visit to the BDS website (www.BDSmovement.net) quickly reveals that BDS has far a more radical goal: eliminating Israel as a Jewish state. This is not an exaggeration. This is something BDS leaders readily admit.1

Israel’s conflict with her Arab neighbors is complex. The Israeli people themselves are deeply divided on the best path forward. There is room for disagreement and debate on many of the issues at the core of this conflict.

Video by Alan Dershowitz on BDS

The leading force behind the BDS movement is a Palestinian activist named Omar Barghouti. Barghouti was born in Qatar but moved to Israel in 1994. He has lived there as a permanent resident ever since.

Barghouti’s life in Israel would probably surprise most BDSers. Although he demands that the rest of the world boycott Israeli universities, he actually attends one. Barghouti is currently working on his PhD at Tel Aviv University, the same school from which he earned his master’s degree.

But Barghouti is far more than a hypocrite – he’s an extremist: Barghouti doesn’t deny that he supports the destruction of Israel. He acknowledges it.

The only way there will be peace between Israel and the Palestinians is if moderates on both sides are empowered to recognize the rights of the other side and make painful compromises. Barghouti seeks neither recognition of Israel nor peace with Israel. Barghouti – like the BDS movement he founded – demands nothing less than the destruction of Israel.

We have no clear answers to this question. Many of the groups supporting BDS lack the transparency typically associated with American non-profit organizations.

But research by the Foundation for Defense of Democracies (FDD) shines light on a troubling financial connection. In recent Congressional testimony, FDD Vice President Jonathan Schanzer highlighted an organization called AMP – American Muslims for Palestine – that is one of the leading supporters of the BDS campaign in America. Schanzer noted the following:

Hamas is a terrorist organization8 that is openly dedicated to Israel’s destruction.9 Hamas has proudly claimed credit for suicide bombings that have killed hundreds of innocent Israeli Jews and Arabs. Hamas has also claimed credit for firing thousands of rockets and missiles into Israel cities and towns.

These connections between Hamas and BDS should be a flashing red light for anyone truly interested in peace.

7 Jonathan Schanzer, “Israel Imperiled: Threat to the Jewish State,” testimony at a joint hearing before the House Foreign Affairs Committee Subcommittee on Terrorism, Nonproliferation, and Trade and the Subcommittee on the Middle East and North Africa, April 19, 2016.
8 See U.S. State Department list of Foreign Terrorist Organizations (http://www.state.gov/j/ct/rls/other/des/123085.htm)
9 See the Hamas Covenant (http://avalon.law.yale.edu/20th_century/hamas.asp), “Israel will exist and will continue to exist until Islam will obliterate it…”

The BDS movement is quite clear about its goals. The official BDS website bdsmovement.net includes a list of four demands. The BDSers state that they will continue their efforts against Israel until Israel agrees to the following:

“Respecting, protecting and promoting the rights of Palestinian refugees to return to their homes and properties as stipulated in UN Resolution 194.”10

These demands may sound benign to those unfamiliar with this conflict. But together they form a dark agenda demanding nothing less than the destruction of Israel. Let’s take them one by one:

“Demand #1: Ending its occupation and colonization of all Arab lands.”

Many of Israel’s critics – including BDS founder Omar Barghouti – refer to all of Israel as “occupied” and “colonized” Arab land. When they call for an end to Israel’s “occupation of Arab lands,” what they’re really calling for is the destruction of Israel. 11

But even if the BDS movement limited its demand to an Israeli withdrawal from the West Bank, this demand remains deeply flawed because it blames only one side – Israel – for the failure to achieve peace. In so doing, BDS ignores the following key facts:

If Israel’s critics wanted to be fair, they would recognize that the Palestinian leadership has played a significant role in fueling this conflict. But BDS has no interest in being fair or objective. BDS prefers to blame Israel and only Israel.

Israel built the security fence – what the BDSers call “the wall” — in order to stop a bloody wave of suicide bombings that killed over 1,000 Israelis – Israeli Jews, Israeli Christian and Israeli Muslims.

Before this wave of terror, the border between Israel and the West Bank was wide open. People from either side could walk or drive across the border at will. Yet there was no debate in Israel about closing this border until West Bank Palestinians began crossing it to blow up Israeli civilians. Then Israel needed to do what any other country would do: protect her citizens.

The security fence has worked. Between 2000 and 2006, there were 4,000 terrorist attacks in Israel, resulting in the deaths of 1,639 Israelis. From 2007 through 2015 (after the major portions of the fence were completed) there were only 32 suicide-bomb attacks in which only 20 Israelis died. 12

If the security fence is saving Israeli lives, why are the BDSers so intent on tearing it down? And while they’re condemning Israel’s response to terror, why is it that they can’t bring themselves to condemn the terror that necessitated this fence in the first place?

“Demand #3: Recognizing the fundamental rights of the Arab-Palestinian citizens of Israel to full equality.”

Good news BDSers! Your demand has been met! Israel already does this!

Israel’s Arab citizens are full citizens in every sense of the word. They vote. They attend every major Israeli university. They are treated in every major Israel hospital. They serve in the Israeli Parliament and on Israel’s judiciary. And when Israeli Arabs choose to criticize their government they’re not arrested; they’re often celebrated.

If the BDSers were truly interested in Arab human and civil rights, then they might devote at least some of their time to criticizing the many Arab countries that deny their citizens these fundamental rights. But BDS doesn’t seem to have much interest in Arab human and civil rights unless they can somehow blame Israel for the absence of these rights.

“Demand #4: Respecting, protecting and promoting the rights of Palestinian refugees to return to their homes and properties.”

By demanding the return of the Palestinian refugees, BDS is calling for the destruction of Israel as a Jewish state. BDS founder Omar Barghouti was honest enough to admit this fact when he stated that:

“I know that you cannot reconcile the right of return for refugees with a two-state solution. This is the big white elephant in the room and people are ignoring it – a return of refugees would end Israel’s existence as a Jewish state.”13

The return of over 5 million Palestinian “refugees” to Israel would quickly transform Israel’s Jewish majority into a minority. This would effectively turn the one and only Jewish state into the 22nd Arab state.

No other refugee population in modern history has ever demanded such a right of return for themselves, let alone for their descendants.

The case of the Jewish refugees from Arab lands provides an illustrative contrast. Israel’s 1948 victory outraged Muslims throughout the Middle East. In the months and years that followed, some Arab governments expelled their Jewish populations. In other countries, mob violence drove the Jews from their ancient communities. Eventually over 800,000 Jews fled their homes in the Arab world and Iran. Most of them left behind significant land, property and wealth for which they were never compensated.

These Jewish refugees are no longer called refugees. They are called citizens. They are citizens of Israel, France, the United States, etc. Instead of clinging to the past, they moved on and built new lives.

In fact, the same can be said for every other major refugee population of the post-World War II era. All of these refugees have resettled in new countries. None of them claim a right of return to their old homes for them or their grandchildren. To cite just a few examples:

The BDSers never talk about the Jewish refugees from Arab lands. They rarely if ever speak about the over four million Arab refugees from the ongoing Syrian civil war. But that’s not surprising. BDS is only interested in Arab suffering to the extent that this suffering can be blamed on Israel.

11. Elsewhere on the same website, the BDSers repeat this demand but limit it to ending the occupation of “all Arab lands occupied in June 1967,” i.e. the West Bank and Gaza. The fact that the BDSers can and have used this critical qualifier — “occupied in June 1967” — in one place creates the very strong impression that they are intentionally refusing to use it elsewhere.

Yes, it is. And since racism against the Jewish people is also known as anti-Semitism, the BDS movement is also anti-Semitic.

Let’s be clear. It is not anti-Semitic to criticize Israel. Most Israelis do it daily.

But it is anti-Semitic to criticize only Israel and never any other country or entity.

BDS blames Israel and only Israel for the Arab-Israeli conflict. The BDS movement simply refuses to acknowledge any Arab aggression, misdeed or blame.

Simply put, the BDS movement has no interest in Arab suffering – or human suffering – that can’t be blamed on Israel

Blaming Jews is no different. When you blame only the Jewish state for a complex conflict and region-wide Arab suffering, you’re not just wrong. You’re racist. 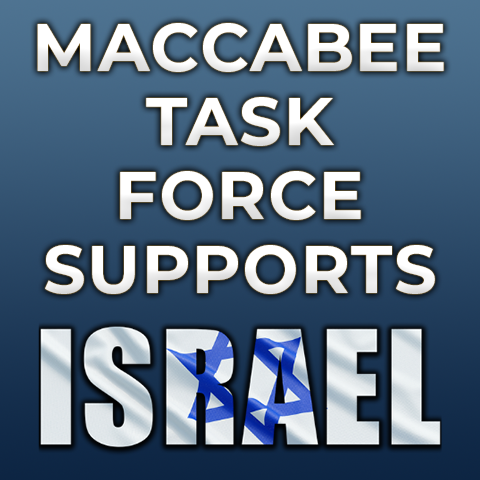