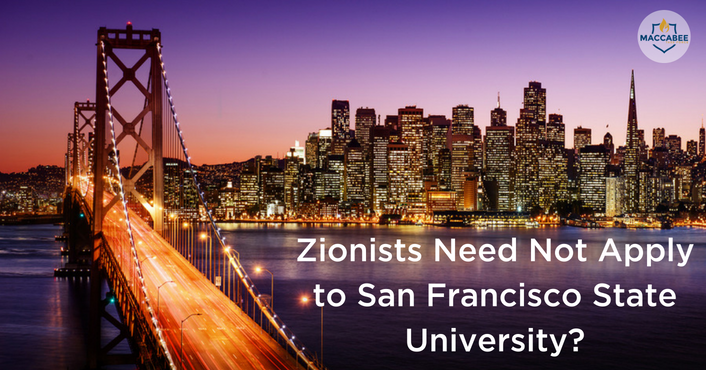 How long does it take to remove a Facebook post — 30 seconds? But if doing so falls under the auspices of California State University (CSU)’s politically-correct bureaucracy or San Francisco State University (SFSU)’s spineless administration, the answer is three months and counting.

On February 23 of this year, Rabab Abdulhadi, director of SFSU’s Arab and Muslim Ethnicities and Diasporas Initiative (AMED), authored an inflammatory Facebook postopposing SFSU President Leslie Wong’s public assurance that “Zionists are welcome on our campus,” which Abdulhadi proclaimed to be “a declaration of war against Arabs, Muslims, [and] Palestinians.” She also attributed the statement to the “Israeli lobby.” Wong had been apologizing to the Jewish student group SF Hillel for an earlier interviewin which Wong declined to affirm that Zionists are welcome at the school.

Abdulhadi’s post was then shared to the official, university-affiliated Facebook page for AMED, a program of SFSU’s College of Ethnic Studies. Meanwhile, she produced another post on her own page declaring unequivocally that “Zionists are NOT welcomed on campus.” This was immediately followed by the ominous appearance of campus vandalism decreeing, “Zionists Not Welcome.”

Despite media attention and public outcry at Abdulhadi’s bigoted pronouncement — including an AMCHA Initiative-organized letter to CSU signed by the Middle East Forumand 59 other organizations — and assurances from both CSU and President Wong that action would be taken, as of this writing the Facebook post remains.

What’s worse, this was the first such incident in which SFSU or CSU had pledged to do anything about Abdulhadi’s ongoing incitement against Israel and its campus supporters. President Wong issued a statement distancing the university from Abdulhadi’s post, confirming that such declarations “cannot be done in a way that implies university endorsement or association” and promising to take “corrective action.” CSU Chancellor Timothy P. White reacted similarly, noting in an emailed statement that although “it is not yet clear whether this faculty member will comply with the request” to remove the post, “the University will explore all appropriate options with respect to this conduct.”