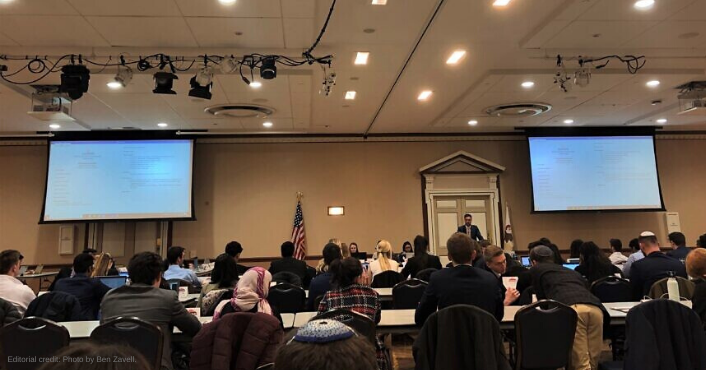 It will now likely be heard again by the student government, where the resolution will need a two-thirds majority to override the veto.

The University of Illinois at Urbana-Champaign student president has vetoed a BDS resolution that was passed last Thursday by the student government.

The bill will now likely be heard again by the student government, where it will need a two-thirds majority to override the president’s veto.

The resolution called on the university to divest from “companies that profit from human-rights violations in Palestine and other communities globally,” as well as from firms that provide weaponry and technology to U.S. Immigration and Customs Enforcement (ICE), according to a copy of the resolution obtained by JNS ahead of the vote, which included endorsements from half of the student government’s leadership committee.

The final vote was 20 in favor, nine against and seven abstentions.

“ISG resolutions are non-binding, and the university has no plans to act on this one,” the university said in a statement. “We are committed to dialogue and to supporting students as they navigate challenging conversations about diversity and inclusion, and we will continue to plan programming designed to build understanding of different perspectives on complex and divisive issues.”