March 14, 2018 Students for justice in Palestine 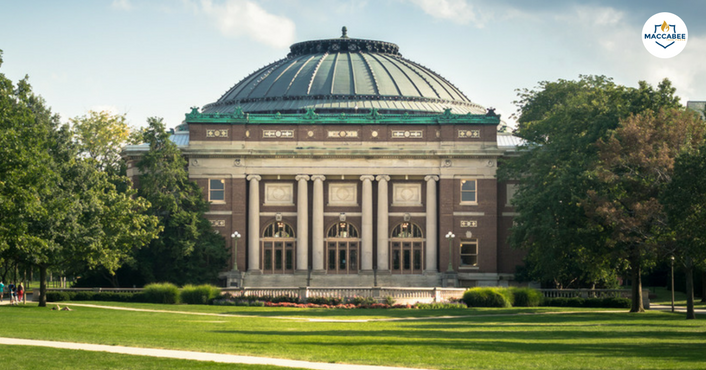 Students at the University of Illinois at Urbana-Champaign voted down a divestment referendum targeting companies that do business with Israel, the Campus Student Election Commission announced earlier this week.

A total of 3,133 students voted against and 1,700 others in favor of the measure, which called on the university to divest from companies “that actively normalize, engage in, or fund human rights violations as defined by the United Nation’s Universal Declaration of Human Rights.”

While the referendum question did not explicitly mention Israel, an explanatory note submitted alongside it and made available to students included references to “Israeli wars of aggression” and alleged violations against Palestinians.

The anti-Zionist campus group Students for Justice in Palestine — which petitioned to place the question on the ballot — promoted its initiative under the campaign UIUC Divest, with a logo that seemed to elucidate its goal: the word “divest” overlaying an outline of Israel and the Palestinian territories, depicted as a single entity.

SJP’s proposal was endorsed by several allied organizations, including the Muslim Students Association, Asian Pacific American Coalition, Campus Union for Trans Equality and Support, Movimiento Estudiantil Chicanx de Aztlán, and Black Lives Matter Champaign-Urbana. But it faced steep opposition from UIUC’s Jewish and pro-Israel community, which saw the referendum as an extension of the boycott, divestment, and sanctions (BDS) campaign against Israel, and launched a multi-front drive to educate and mobilize the student body against BDS.

Under the banner of the United Illini for a United Campus campaign, over 100 student volunteers joined forces “and helped in all the ways they could, whether it was making phone calls, going out and talking to students, or helping us organize,” Elan Karoll, co-president of the pro-Israel campus group IlliniPAC, told The Algemeiner.

“We had African-American leaders, we had Latino leaders, a lot of non-Jewish students came out and supported us,” he said. “It was really a broad coalition.”

Various motivations appeared to spur different supporters of the campaign, some of whom Karoll indicated preferred to remain unnamed.