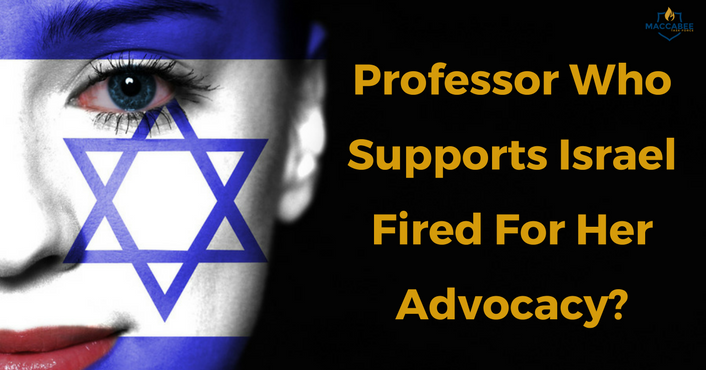 The University of Maryland (UMD) has dismissed a complaint by a former Jewish professor who believes she was let go due to her pro-Israel activism.

Melissa Landa, previously an assistant clinical professor at the UMD College of Education, was informed last month that the school’s months-long investigation into her firing did not find that she was “discriminated against or subjected to retaliation.”

Landa first filed a complaint with UMD’s Office of Civil Rights and Sexual Misconduct (OCRSM) after learning on June 8th that her contract would not be renewed. A member of several groups that monitor and challenge anti-Israel bias in academia, Landa has suggested that the school’s decision may have been influenced by her advocacy work, as well as a faculty grievance she filed against two administrators in February. University policy dictates that faculty members who submit such complaints may not be “reprimanded or discriminated against in any way.”

Landa told The Algemeiner that she started noticing tensions at work after she began publicly speaking out against the boycott, divestment and sanctions (BDS) movement. She claims to have notified Francine Hultgren — head of UMD’s Teaching and Learning, Policy, and Leadership (TLPL) department — about her activism as soon as she was quoted in the press in January 2016, and informed John O’Flahavan — the department’s associate chair — a month later.

Landa indicated that O’Flahavan was “critical” of her advocacy efforts, and that their once “friendly relationship” began to cool. She pointed to a pattern of events that affected their interactions — including O’Flahavan’s withdrawal from a paper that he and Landa were set to jointly present in April, less than a week after Landa informed him of her activities with the anti-BDS Academic Engagement Network.

Her standing with Hultgren was also jeopardized when Landa went on a pre-approved trip to Israel for Passover — a holiday that ended after less than a week because Hultgren said Landa’s professional responsibilities were being compromised by her absence.