March 25, 2018 IrelandStudents for justice in Palestine 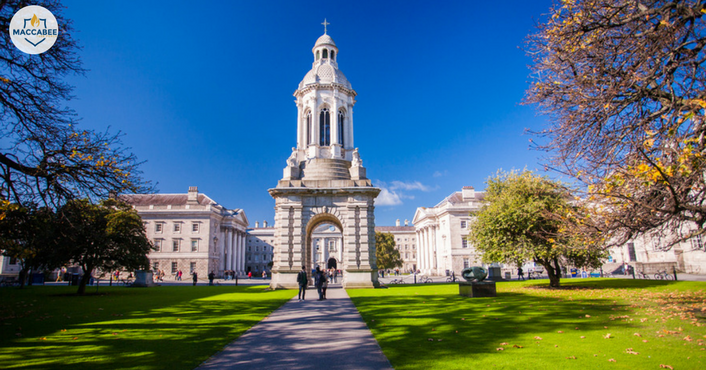 Students at Trinity College Dublin voted this week to endorse the boycott, divestment, and sanctions (BDS) campaign against Israel.

A referendum urging the Trinity College Dublin Students’ Union (TCDSU) to “adopt a long-term policy on Palestine and in support of” BDS passed on Thursday with 1,287 votes, representing over 60 percent of all 2,050 ballots cast — the minimum threshold for approval.

Trinity Students for Justice in Palestine (SJP) called for the motion in February, after gathering some 1,200 signatures on a petition asking TCDSU to “comply with the principles of BDS” in all union operations, and to lobby the administration to adopt a “total boycott of the State of Israel.” The group also seeks to form a “BDS implementation group” to ensure the union’s compliance.

SJP received support from both incoming TCDSU President Shane De Rís and President-elect of the Graduate Students’ Union Oisín Vince Coulter, and promoted their message on campus and social media through the “Trinity BDS Campaign.”

Some peers who opposed the boycott launched a counter-campaign the week of the referendum, dubbed “Vote No, Vote Neutrality for Trinity.” Yet the effort faced significant challenges from the outset, said Eoin, a second year student at the school who asked to withhold his last name.

“We found ourselves with a smaller support base to start with than the SJP group,” he told The Algemeiner, pointing out that Trinity does not have a pro-Israel organization, and that some members of the Jewish community were involved with the pro-BDS campaign.

“Apart from a lecturer in the School of Computer Science who is Israeli and a few Erasmus [exchange] students I met during the campaigning, there [isn’t] a large presence for Israelis in Trinity, or Ireland in general, like there might be in American colleges,” Eoin explained. “I do believe that this is in part why the majority of people in Trinity, and Ireland by extension are apathetic to Israel as it is unlikely for most of us to have ever met anyone from Israel.”