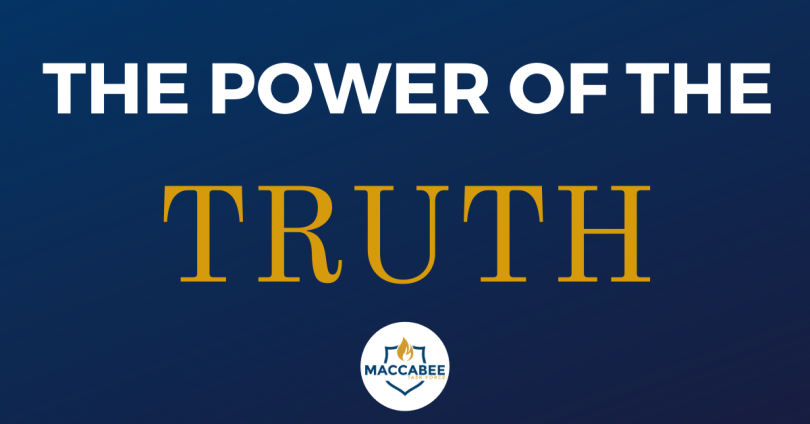 During this unusual season, the Maccabee Task Force has had to cancel many of our most impactful activities.  Our delegations of student leaders are no longer able to fly to Israel.  Our student activists are no longer able to hold pro-Israel events on the campus quad.  And while Zoom and Facebook Live help, some things just can’t be duplicated online.

Yet the crisis has also worked to highlight certain powerful truths about Israel.  What emerges for anyone paying attention is just how juvenile and detached the dominant anti-Israel narrative truly is.

Let’s start with the unavoidable elephant in our living rooms — Fauda.  This riveting Netflix series has probably introduced more people to the conflict than any cultural product since the 1960 movie Exodus.  Whereas Exodus made a clear moral case for Israel, however, Fauda doesn’t take sides.  At times Fauda even suggests a troubling moral equivalence between the terrorists who strive to murder civilians and the soldiers who risk it all to stop them.

Yet anyone who watches this series will be forced to confront certain complex realties.  They will see that the Israelis and Palestinians often work closely together to combat extremist groups like Hamas.  And they will see that these front-line Palestinians and Israelis often develop deep bonds that can rival their connections to their own families.  Compared to this nuanced slice of reality, SJP and JVP opposition to “normalizing” Zionists appears simplistic and sophomoric.

Then there are the constant news stories and images of the Israeli medical teams.  The fact is that during this crisis — and at all times — Jewish doctors are saving Arab lives, and Arab doctors are saving Jewish lives.  Arab and Jewish emergency workers are serving together and praying side by side.  What all of these brave medical workers share is a recognition that our underlying humanity eclipses the the racial and religious differences that loom so large on campus.  By comparison, the BDSers appear downright racist.

And, finally, there are the reports of Israel’s medical advances.  Israelis are on the cutting edge of developing treatments and a vaccine for COVID-19.  Even Omar Barghouti, one of the founders of BDS, has clarified that he wouldn’t ask his followers to boycott any such Israeli treatments.  But while Barghouti may be able to compartmentalize Israel’s COVID treatments, most observers won’t.  Israel’s medical advances are the product of a culture which values innovation and life.  They are testimony to Israel’s heart.  Observers not blinded by an ugly ideology will see this.

As we persevere against COVID 19, we look forward to getting back to work.  We can’t wait to begin sharing the truth about Israel more actively and more broadly.  But we’re happy to see that the truth is so powerful it remains hard to avoid and impossible to hide.