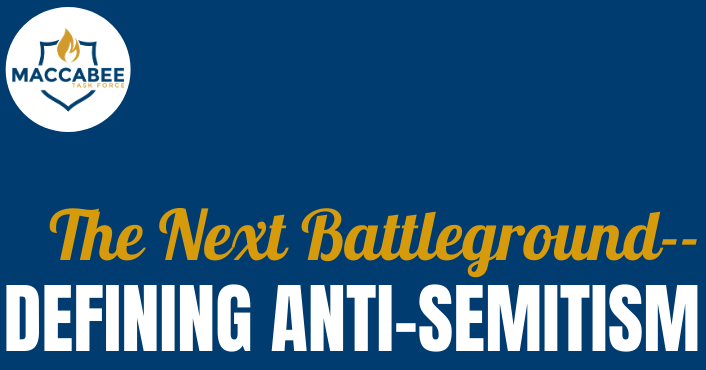 You’ve got to give the Israel haters credit.  They are dynamic and brutally opportunistic.  When one tactic fails, they’re on to the next one.  When one door is blocked, they find another way in.

Recent events at the University of Illinois Urbana-Champaign (UIUC) demonstrate this point well.

In March, 2018, a campus-wide referendum calling for divestment from companies that do business with Israel was defeated by an almost 2 to 1 margin.  The coalition of students actively campaigning against the referendum was broad and diverse.  We were pleased to see that many of the campus leaders participating in this coalition had recently returned from the Maccabee Task Force-sponsored trip to Israel.

For some time after this vote, all was quiet.  But as we should know by now, the quiet was not a sign of retreat but regrouping.  Last week, the anti-Israel crowd at UIUC unleashed their new attack.  Student senators aligned with SJP introduced a resolution entitled “Condemning Ignorance of Racism and Equating Anti-Zionism and Anti-Semitism.”  As the title indicates, the resolution denies any connection between anti-Zionism and anti-Semitism.  It passed by a vote of 29-4, with four abstentions.

The standard definition of anti-Semitism — that of the International Holocaust Remembrance Alliance (IRHA) — makes clear that criticism of Israel becomes anti-Semitic once it goes so far as to deny the Jewish people their right to self-determination or applies a double standard to Israel’s behavior.  This definition has been embraced around the world, including by the EU and the US State Department.

It’s thus little wonder that SJP is so desperate to undermine this definition.  Under this IRHA standard, SJP is an undeniably anti-Semitic organization.  Just last month, The Institute for the Study of Global Antisemitism and Policy released a study that applied the IRHA definition to demonstrate that SJP members from across the country have engaged in a sustained campaign of anti-Semitic statements and actions.  The sheer volume of anti-Semitic hate coming from SJP members shows that these are not exceptions or isolated incidents — something is rotten at the core.

Thus we can see the new strategy unfolding before us.  Rather than change their behavior, SJP is going to define anti-Semitism for the Jewish community.  The audacity is stunning.  Could you imagine the KKK daring to define racism?  And yet, at least thus far, the tactic is working.

We must engage in this battle with everything we’ve got.  We’ll never be able to fight this most prevalent form of anti-Semitism if we can’t even get people to recognize hate when they see it.