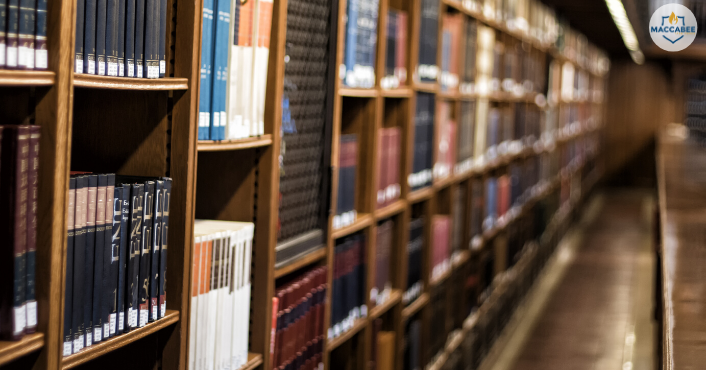 A Jewish former law student at City University of New York told The Algemeiner this week about what she described as antisemitic and anti-Zionist harassment she faced due to her pro-Israel activism, which caused her to ultimately leave the school, saying that “no one helped me, no one came to my defense.”
Rafaella Gunz — a journalist focusing on LGBT and feminist issues — was studying at the CUNY School of Law when she became a target of pro-Palestinian groups, particularly Students for Justice in Palestine (SJP), as a result of her criticism of their attitudes toward Jews and Israel.

Last month, she published an article in The Jewish Journal, titled “Campus Antisemitism Made Me a Zionist,” that detailed her struggle, saying that her Jewish identity had been strengthened as a consequence.

“This experience compelled me to purchase a small, rose-gold Star of David necklace. … I am no longer ashamed to let the world know I am a Jew,” she wrote.

But Gunz has now decided to leave the school as a result of what she called a campaign of harassment.

“There were reactions to my article, if you look at the comments on there, basically calling me Islamophobic, calling me racist, a liar, just all these horrible things by my classmates, telling people that are supporting me to shut the f**k up, all these types of things,” she told The Algemeiner in an interview.

Anti-Israel groups on campus then circulated a petition that, Gunz said, did not mention her name, but given that she was the only pro-Israel activist on campus, was unquestionably directed at her personally.

“It came to my attention that there was this petition,” she said. “It was inspired by me, it doesn’t say anything by name, that it’s me, but it says ‘a certain subset of Zionist activists.’ And that’s just me. I’m clearly outnumbered on this campus, right?”

“All the student groups signed it, professors signed it, a bunch of my classmates signed it, so it’s basically saying that if you are anything less than unequivocally supportive of the Palestinian groups, you shouldn’t be at this school,” she noted. “And then I was accused of ‘Zionist violence.’ I don’t know how my words are violent, but there it is.”

Under the heading “Solidarity With Palestine at CUNY Law,” the petition, titled “CUNY Law Student groups, Students, Alumni and Faculty stand with SJP and Palestinian students,” claimed, “A subset of Zionist activists choose to weaponize the genuine threats of antisemitism elsewhere in our society as a tactic to repress activism and harass and threaten Palestinian students and Muslim students more broadly.”

Asked whether she received any support during this time, Gunz said, “No. The faculty did not care.”

In the end, Gunz decided she had had enough.

“Two weeks, three weeks into the semester after my article came out, I just couldn’t do it anymore,” she said.

“When I learned about this petition and I saw how many people signed it, including people that I considered friends, I broke down,” she recounted. “I cried, I was shaking, I couldn’t believe that this was happening, that so many people signed this.”

Asked whether she received any help from anyone at all, Gunz replied, “No. No one helped me. No one came to my defense. Nothing.”

She added, “I’m really hoping that my experience and my story and my suffering can sort of shine a light on this institution and how antisemitic they are institutionally.”

Gunz claimed that antisemitism pervaded the university staff. When she went to a guidance counselor to complain about antisemitic harassment, she recalled, the counselor dismissed her concerns, saying Jewish identity was solely religious in nature.

When Gunz asserted Judaism was also an ethnicity, the counselor replied, “That’s debatable.”

Gunz said the rumors flying around about her, which appeared in the petition, were false.

“If you read this whole petition, it’s basically trying to link me with the Trump administration,” she said. “I’m liberal, I’m a feminist, I’m bisexual, all my journalism since even before graduating undergrad has been advocacy on behalf of the LGBT community, on behalf of women, and so it’s really hurtful to me.”

“But I feel like to them, anything less than saying Israel shouldn’t exist is not ok,” she continued.

Essentially, Gunz said, there was no “safe space” for Jewish students at CUNY.

“If you are Jewish and you believe that Israel should exist in any way, shape, or form, you’re basically blacklisted, there’s no room for your point of view on the CUNY Law campus,” she said.

Asked where she would go from here in her own life, Gunz said that she has been accepted into Yeshiva University’s social work program, and this was “probably the best bet for me. It’s a Jewish school, so I probably won’t face all the bulls**t that I faced at CUNY.”

The Algemeiner contacted the CUNY School of Law and the campus SJP chapter for comment, but received no response.