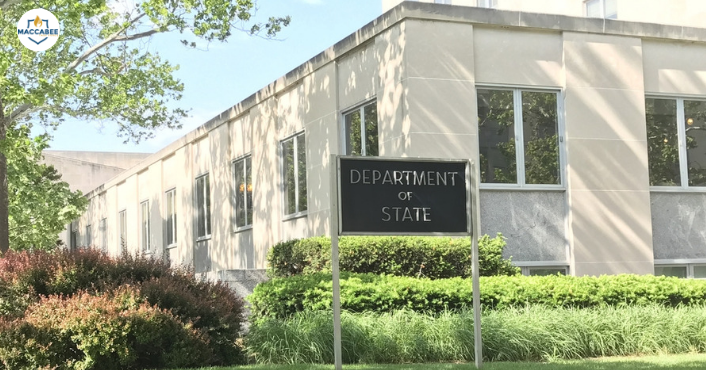 It is now considered antisemitism to draw comparisons between contemporary Israeli policy and the policies of the Nazis.

The US State Department has updated its definition of antisemitism to include “drawing comparisons of contemporary Israeli policy to that of the Nazis” as an example of antisemitism in public life.

In 2018, According to pro-Israel philanthropist Adam Milstein, the State Department adopted the definition of antisemitism set by the International Holocaust Remembrance Alliance (IHRA). Milstein disseminated a release about the change on Wednesday morning Israel time:

Most of the examples presented by IHRA were included in the State Department’s definition, except for comparisons of Israeli policies to Nazi Germany. The State Department, under the leadership of Secretary of State, Mike Pompeo, and Elan Carr, the U.S. Special Envoy for Monitoring and Combating Antisemitism, determined that comparisons of Israeli policies to those of the Nazis  constitute antisemitism and have added it to the definition.

The working definition of antisemitism also includes the understanding that “antisemitic acts are criminal when they are so defined by law. Criminal acts are antisemitic when the targets of attacks, whether they are people or property – such as buildings, schools, places of worship and cemeteries – are selected because they are, or are perceived to be, Jewish or linked to Jews,” according to the US government’s website. In addition, “Antisemitic discrimination is the denial to Jews of opportunities or services available to others and is illegal in many countries.”

The move comes only weeks after US Rep. Ilhan Omar (D-Minnesota) compared the anti-Israel BDS movement to previous boycotts of Nazi Germany in a resolution supporting the right to boycott Israel.

“Americans of conscience have a proud history of participating in boycotts to advocate for human rights abroad including… boycotting Nazi Germany from March 1933 to October 1941 in response to the dehumanization of the Jewish people in the lead up to the Holocaust,” said Omar in the pro-BDS resolution, which was co-sponsored by Reps. Rashida Tlaib (D-Michigan) and John Lewis (D-Georgia).