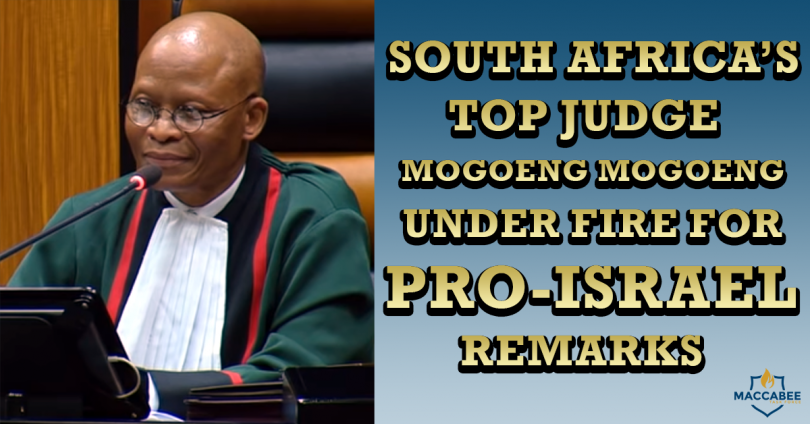 Ruling ANC party, which openly voices solidarity with Palestinian cause, slams judge for venturing into politics with ‘unfortunate’ comments

The ruling African National Congress (ANC) has openly voiced solidarity with the Palestinian cause, comparing it to the struggle against apartheid. Last year, South Africa downgraded its embassy in Tel Aviv.

The judge sparked an outcry for remarks he made during a webinar this week co-organized by the Jerusalem Post and South Africa’s chief rabbi, Warren Goldstein.

“I cannot, as a Christian, do anything other than love and pray for Israel because I know hatred for Israel by me and my nation can only attract unprecedented curses upon our nation,” he said.

South Africa, he added, was “denying (itself) a wonderful opportunity of being a game-changer in the Israeli-Palestinian situation.

“We know what it means to be at loggerheads, a nation at war with itself,” he said.

The ruling ANC accused Mogoeng of venturing into politics with “unfortunate” comments “which may make him vulnerable should he have to adjudicate a human rights matter in the future.”

“He also openly supported the actions of the State of Israel, actions condemned by the United Nations Security Council on numerous occasions and contemptuous behavior towards the human rights of the people of Palestine,” ANC spokesman Pule Made said in a statement.

The radical Economic Freedom Fighters (EFF) called on the judge to withdraw his remarks and submit himself “to the collective wisdom and call by the oppressed people of Palestine”.