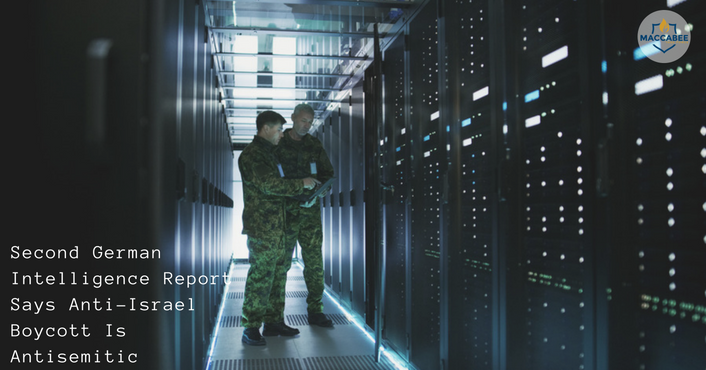 The classification of BDS as antisemitic could impact the legal situation of scores of anti-Israel organizations in Germany.

A German intelligence agency announced for the second time in 30 days that the boycott, divestment, sanctions (BDS) campaign targeting the Jewish state is an example of contemporary antisemitism.

The Jerusalem Post reviewed a domestic intelligence agency published in Rhineland-Palatinate last week that stated, “An actual example of antisemitic agitation from right-wing extremism is the party The Third Way via its Internet call spreading a boycott of Israel.

“The Third Way’s slogan ‘Boycott Products from Israel’ and the peculiar language of the article betrays significant parallels to the anti-Jewish agitation of the National Socialists,” the intelligence report said.

The report quoted an article in which The Third Way declared: “Israel-Boycott: What everyone can do against the Zionist Genocide” and said in the party’s writing, “The State of Israel is defamed… among other things, as a ‘Zionistic abscess in the Middle East’ and as a ‘Zionistic robber state’ whose policies are ‘criminal genocide measures of the Zionists in the Middle East.”’
The intelligence officials said the fascist party also termed Israel’s government the “Zionist Terror-Regime” and a “devilish genocide system.”

The intelligence agency copied graphics from the Third Way that show what purports to be an Israeli flag with a Star of David and “Terror state Israel” replacing the flag’s blue stripes and dripping blood covering the flag. A second graphic included in the report reads, “Boycott products from Israel: 729 = Made in Israel.” The number 792 is the product code to identify Israeli goods.

The second classification of BDS as antisemitic could impact the legal and fund-raising functions of scores of BDS organizations in Germany. For example, The Bank for Social Economy is under fire for maintaining a bank account for the hardcore BDS group Jewish Voice for a Just Peace in the Middle East.