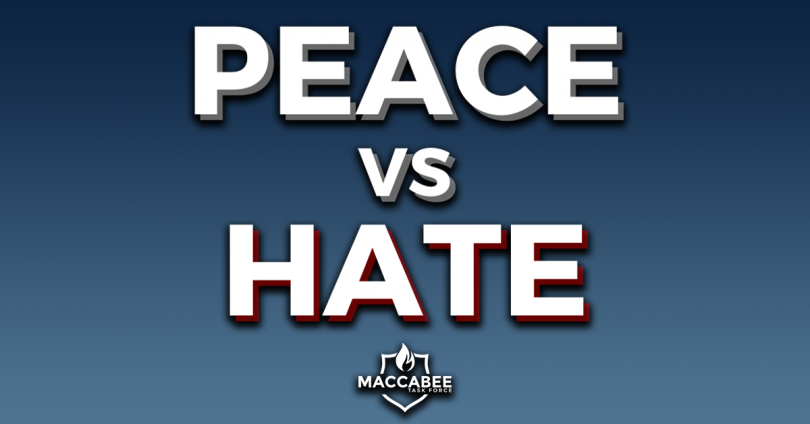 On campus, Students for Justice in Palestine and their allies strive to demonize not only Israel, but also her supporters.  They refuse to “normalize” the pro-Israel community by meeting with them or talking to them.  In other words, they won’t talk to Jews who assert the right of the Jewish people to self-determination.

Sound anti-Semitic?  You bet it is.

Now let’s compare the behavior of those who presume to speak for the region’s Arabs to what the actual Arabs of the Middle East are doing.

In recent months, Israel has signed peace deals with the United Arab Emirates and Bahrain.  Sudan has begun a normalization process.  And just this week it’s been widely reported that Prime Minister Netanyahu traveled to Saudi Arabia to meet with Saudi Crown Prince Mohammed Bin Salman.

Unlike prior peace treaties with Egypt and Jordan, the deals with the UAE and Bahrain have every indication of being warm and transformative.  Story after story has emerged of Emiratis graciously welcoming Israelis to their country.  Emirati hotels are offering kosher food.  Friendships are being forged.  Business deals are being signed.

The greatest hope of the early Zionists was that Jews would be welcomed home to the Middle East to which we’re indigenous.  They dreamed of working with their Arab neighbors to transform the region and improve the lives of all its inhabitants.  These dreams are finally, belatedly being realized.  It’s a beautiful thing to behold.

The campus Israel haters are diminished by comparison.

As Arabs in the region stress what we share as members of the Abrahamic faiths, SJP and its allies insist upon shunning any Jews who won’t renounce their right to self-determination.

As Arabs finally welcome Israelis as people indigenous to the region, SJP doubles down on the lie that Israelis are really Europeans.

As Arabs and Israelis are signing deals that will build regional prosperity, SJP and friends are still trying to boycott the Jewish state.

It’s becoming increasingly clear that these campus radicals are woefully disconnected from the very people they claim to represent.  They are clinging to an old and increasingly outdated hatred.

As the region continues to advance towards peace and cooperation, SJP will look increasingly ugly and angry by comparison.  You almost have to feel sorry for them.  But you have to feel very good for the people of the Middle East.