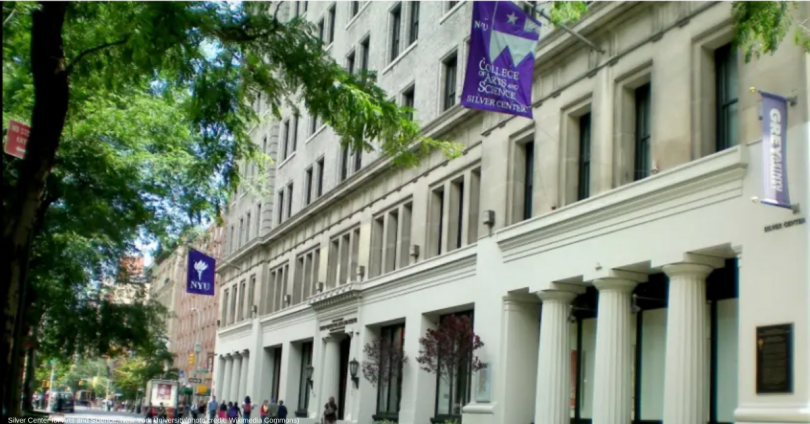 Aryeh Even, an 88-year-old Israeli Holocaust survivor, died last week. He was the first Israeli fatality due to the virus. His death was mocked by the former SJP President at NYU.

BERLIN—New York University blasted a former student on Tuesday who oversaw the campus’s Students for Justice in Palestine (SJP) group because she apparently expressed a morbid pleasure over the death of an Israeli Holocaust survivor due to the coronavirus.

NYU spokesman John Beckman wrote: “With almost 500,000 alumni, NYU does not routinely respond to its graduates’ social media posts, but the reported Twitter post by a former NYU student about the first Israeli death from COVID-19 was shameful and callous. The death and disruption caused by this pandemic should be reason to draw us together in sympathy, not be fodder for divisiveness and indifference. NYU denounces such insensitivity; it is at odds with our campus’ values.”

Aryeh Even, an 88-year-old Israeli Holocaust survivor, died last week. He was the first Israeli death due to the virus.

The former first president of the New York University chapter of SJP, Leen Dweik, wrote in response to his death on Twitter: “anyway should i paint my nails red or green today.”

She retweeted the headline about his death and wrote: "anyway should I paint my nails red or green today?" https://t.co/83kjJAMuIu pic.twitter.com/vOXFTgtR8U

In response, StandWithUs tweeted: “A former leader in NYU’s chapter of SJP (“Students for Justice in Palestine”), Leen Dweik, posted this hateful and disturbing tweet after learning that Israel reported their first coronavirus death (an 88-year-old #Holocaust survivor).”
While president of the chapter from 2018-2019,  Dweik campaigned for the Boycott, Divestment and Sanctions movement, which targets Israel. She helped draft a pro-BDS resolution for the student government. The German and Austrian parliaments both classify BDS as an antisemitic campaign.
The Anti-Defamation League praised NYU’s statement, writing on Twitter: “Thank you @nyuniversity for speaking out against a former student & head of #SJP at #NYU. Mocking the #Covid19-related death of an 88-year old Holocaust survivor in #Israel is beyond shameful. We need unity, not divisiveness, to fight this pandemic.”
Read More: Jerusalem Post