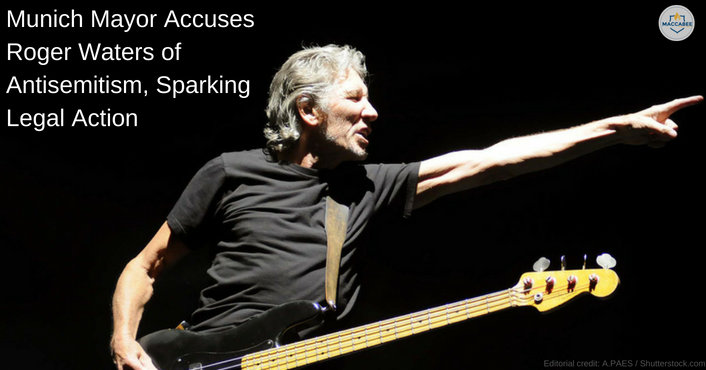 Munich Mayor Dieter Reiter slammed Roger Waters, co-founder of the British band Pink Floyd, for his stoking of antisemitism against Israel, triggering an angry reaction from the singer on Friday.

Reiter said it “is important for me to make it unmistakably clear ahead of the concert that antisemitic propaganda of Roger Waters is neither welcome in Munich nor will it remain unanswered.”

The Munich city council passed a resolution that the mayor supported last year barring space in public facilities and finances for pro-BDS activity. Munich was the first German city to pass anti-BDS legislation.

Waters himself has previously said he was the victim of the “Jewish lobby” that was “extraordinarily powerful.”

Waters wrote on his Twitter feed: “Dieter Reiter, the Mayor of Munich, has issued a press release denouncing me as anti-Semitic. The Mayor claims I make increasingly hateful anti-Semitic remarks. I stand for human rights.”

Waters attacked Goldstein-Wolf in his recent concerts for her activism against him. Goldstein-Wolf said she is “not intimidated” by Waters’ campaign against her. She thanked Reiter for his “clear position against Jew-hatred” in connection with Waters.

She also applauded the state government of North Rhine-Westphalia and the politician André Kuper for pushing the music festival Ruhrtriennale in the state to demand that the Scottish band reject BDS before it performs. Young Fathers is a hardcore supporter of BDS.