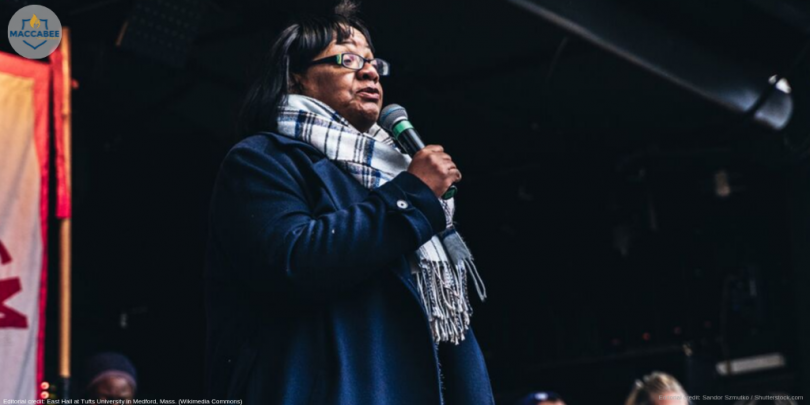 Two Labour MPs avoided sharing a platform with the founder of the movement to boycott Israel, Omar Barghouti, before he addressed the event via video link from Ramallah

Two senior women MPs, Diane Abbott and Lisa Nandy, avoided criticism for sharing a platform with the founder of the BDS movement, Omar Barghouti, by leaving a Palestine Solidarity Campaign event before Mr Barghouti spoke — by video link, from Ramallah.

Kamel Hawwash, who chairs the PSC in Britain, explained that Mr Barghouti’s visa to come to the Brighton conference had been delayed, drawing the packed audience’s attention to the fact that the Home Secretary is Priti Patel. “And guess what Priti Patel was doing a couple of years ago?” he asked, though refusing to make a direct on the record link to Ms Patel’s controversial visit to Israel two years ago.

The tone of the meeting was set by the Unite union’s deputy general secretary, Gail Cartmail, who set the audience chanting “Free, free Palestine!” Her remarks were followed by an address from the president of the Unison public service union, Josie Bird. Both women spoke of previous visits to Palestinians and of advances made in securing equal rights for Palestinian workers.

Lisa Nandy, standing at a table covered with a Palestinian flag and a freedom fighter’s revolutionary keffiyeh, acknowledged that despite being chair of Labour Friends of Palestine and the Middle East, she had received criticism for attending the meeting. She made it clear that she was in favour of the two-state solution and against the boycott movement. She said she had spoken out in favour of the right of Israel to exist — and also of the right of Labour Friends of Israel to exist. Nevertheless, she was angry, she said, at attempts to shut down debate and warned: “actions have consequences”.

It was left to Omar Barghouti, currently studying at Tel Aviv University, to make an incendiary speech accusing Israel of “weaponising false claims of antisemitism against the BDS movement”…