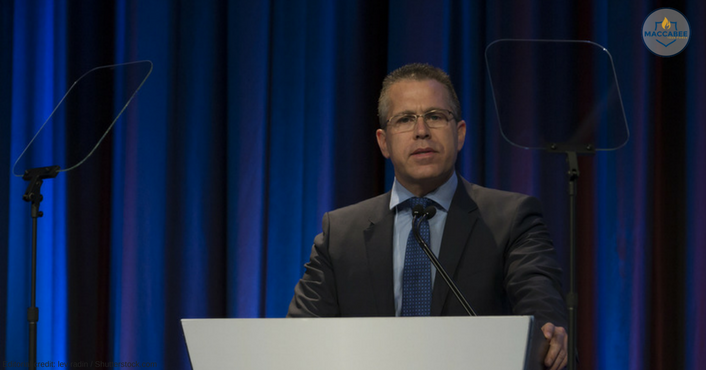 Strategic Affairs Minister to address EU parliament, call for end of funding of BDS organizations and groups which delegitimize Israel.

Strategic Affairs Minister Gilad Erdan will leave for the European Parliament in Brussels on Tuesday.

The purpose of the visit is to present a demand to the EU to express a firm and unequivocal stance against European funding of organizations which boycott and delegitimize the State of Israel.

Minister Erdan will represent Israel at a conference held by the Coalition for Israel in the EU Parliament in Brussels with the participation of about 200 members from all European countries.

The minister will address the joint challenges Israel and the EU face in deepening economic relations, cooperation in the fight against global terrorism, and the need to fight against the boycott initiatives and the delegitimization organizations against Israel.

During the visit, the minister will meet with members of parliament who recently signed a letter sent to the High Representative of the European Union for Foreign Affairs and Security Policy, Federica Mogherini, calling on European countries to stop supporting and funding organizations promoting boycotts against the State of Israel. He will also meeting with senior EU officials. The visit will be followed by a meeting with the heads of Jewish organizations from all over Europe who are fighting against the delegitimization Israel.

Erdan’s visit follows the speech by terrorist Leila Khaled at the EU parliament in September. Khaled, a leader of the Popular Front for the Liberation of Palestine terrorist organization, took part in several airplane hijackings in the 1960s and 1970s.