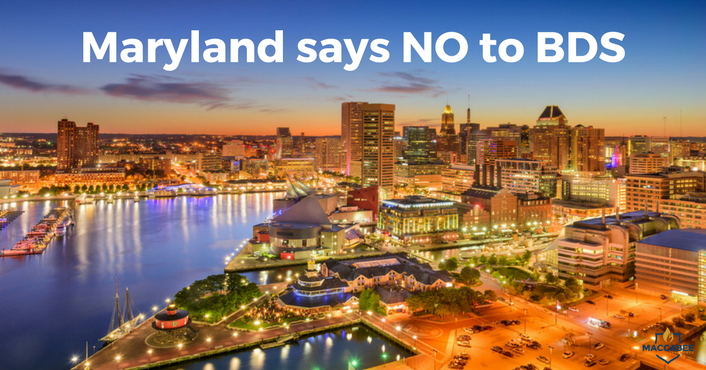 Maryland says NO to BDS

The state of Maryland has adopted a rule barring companies that engage in boycott, divestment and sanctions against Israel from receiving local government contracts, joining 22 other American states with similar laws.

And legislation has been proposed on Congress that would codify these conditions for US business on a federal level. The Israel Anti-Boycott Act, introduced by Democratic Senator Ben Cardin of Maryland and Republican Senator Rob Portman of Ohio this past summer, has earned bipartisan cosponsors, but drawn criticism from civil liberties groups fearing the move would infringe on constitutionally-protected freedom of speech.