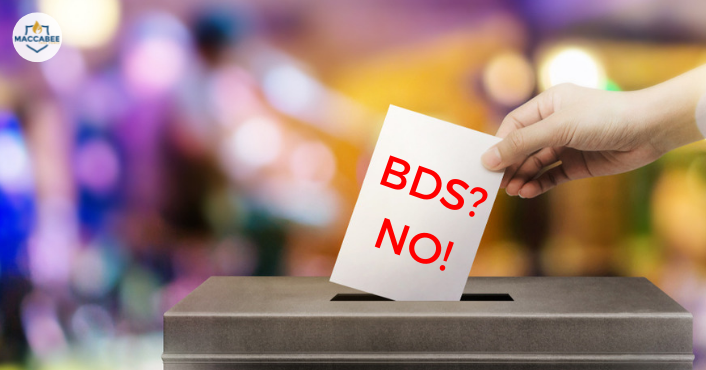 A controversial resolution promoting an academic boycott of Israel was narrowly voted down at a prestigious social science academic association over the weekend, The Algemeiner learned on Monday.

The resolution, which was co-authored by Melissa Weiner, an associate professor of sociology at the College of Holy Cross, and Johnny E. Williams, a professor of sociology at Trinity College, called on the Society for the Study of Social Problems (SSSP) to “promote divestment and disinvestment from Israel by academic institutions, and place pressure on your own institution to suspend all ties with Israeli universities, including collaborative projects, study abroad, funding and exchanges.”

However,  the resolution failed by a vote of 34 to 37 on Saturday.

“The conversation on the proposed resolution was civil by and large, even though the issue was quite contentious,” William Cabin, vice president of SSSP during the vote, told The Algemeiner. “We are pleased by our membership’s conduct throughout the conversation and vote.”

Ezra Temko, a sociologist at Southern Illinois University Edwardsville who opposed the BDS resolution at the SSSP meeting, wrote that “The Boycott, Divestment, and Sanctions movement against Israel is an ugly campaign that stands in opposition to social justice.”

Posting on Facebook, Temko said: “It opposes study abroad programs, Israel’s membership in FIFA, and even dialogue and peace-building efforts that bring Israelis and Palestinians together without preconditions. It stands in opposition to a constructive agenda that moves forward towards peace and dignity for Israelis and Palestinians as well as in opposition to a two-state solution. I am glad that SSSP remains committed to being an inclusive and nondiscriminatory progressive space for critical scholarship and action.”

Temko wrote in a follow-up email to The Algemeiner that he remained “concerned that some people who are well-intentioned and committed to social justice uncritically support BDS, so I am certainly disappointed that it had the support that it did.”

However, he also noted that given that the SSSP has some 2,000 members, “only a small portion were voting on the resolution.” Temko also observed that many SSSP members only learned about the resolution when they arrived at the conference and that more were never made aware of the vote. Still, there were others, he noted, “who opposed the resolution that were not in the room and did not vote by proxy either.”