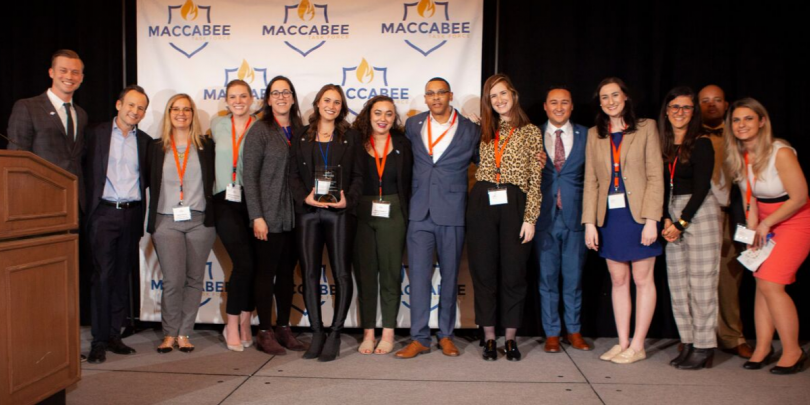 From the start of the new academic year, Maccabee Task Force will expand its footprint from American campuses to ‘Europe and beyond’

A Jewish group founded and funded by the Republican mega-donor Sheldon Adelson to oppose the Boycott, Divestment, and Sanctions (BDS) movement on American campuses will be expanding its efforts to six countries outside the US in the next academic year.

From the start of the new academic year, the Maccabee Task Force will grow its presence to countries “in Europe and beyond,” where it plans to fund and assist pro-Israel campus groups facing boycott Israel campaigns, the organization’s executive director, David Brog, told The Times of Israel

He would not reveal which countries the task force was heading to, “given the sensitivity” of the efforts, he said.

Established in 2015, the task force works with pro-Israel students on programs countering efforts to boycott or divest from Israel, sending representatives to campuses to solicit ideas from students and groups on campus, and then fund those it deems viable.

The idea, Brog said in an interview, was to be “a clearinghouse for good strategies that we could fund and then offer to our other campuses, and then we could enable the strategies by bringing the funding and the ideas.”

He explained the model of MTF as providing the financial resources to allow campus pro-Israel groups to counter BDS in whatever ways they deem most effective for their particular campus.

“The deal with our partners was, if these are things you want to do, here’s the deal: you do them, we pay for them, and you don’t have to put our name or logo on it,” he said. “You’re doing it. You own it.”

One of MTF’s strategies has been to recruit what it calls “influencers” on campus – including student leaders who might already favor BDS – and send them to Israel and the West Bank on fact-finding trips.

The Maccabee Task Force first started on six US campuses during the 2015-2016 academic year. The next year it started working on 20, and the year after that on 40. In 2017-2018, BDS measures passed on three of the 40 campuses where it had a presence.

Last year, the group expanded its footprint even wider, operating on 80 campuses, including several in Canada for the first time. Among those schools, BDS measures passed at one, MTF said.

Divestment resolutions on college campuses have, historically, never been successful.

In 2014, Mitchell Bard, who runs the American-Israeli Cooperative Enterprise, a group that brings Israeli professors to US campuses, toldHaaretz that boycott attempts had been “a colossal failure.”

He explained, “There are roughly 2,000 four-year colleges in the US, and in the last academic year, there were 16 or 17 disinvestment resolutions and they lost at least 12.”