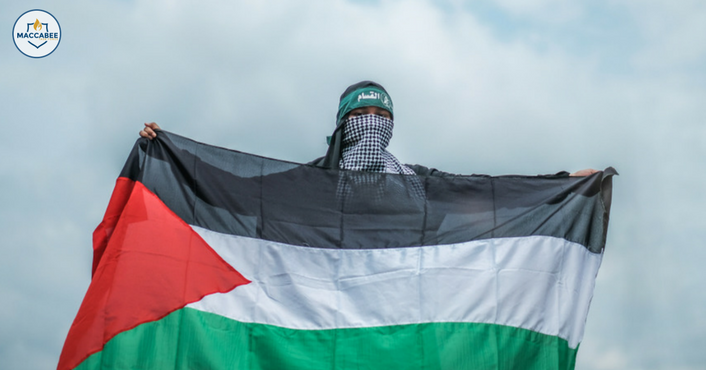 Both accusations are disgusting lies.

Let’s start with ethnic cleansing. The crux of the complaint is that after Israel declared its independence in 1948 it went to work expelling its Arabs residents in order to create an exclusively Jewish state. In the process, 700,000 Arabs were forced from their homes.

The truth is the exact opposite.

In 1947, the United Nations voted to partition Palestine into two states, one Jewish and one Arab. This Jewish state was to have a sizeable Arab minority. Palestine’s Jews enthusiastically accepted this compromise. They actually danced in the streets to celebrate.

The Arabs had a different reaction. The leaders of Palestine’s Arabs and the surrounding Arab states all rejected the partition of Palestine into two states. Instead, they vowed to destroy the Jewish state. The day after the UN vote, Palestinian Arabs launched a sustained series of guerilla attacks against their Jewish neighbors. And when the British officially departed Palestine in May of 1948, five neighboring Arab states invaded Israel.

Before the Arabs launched this war to destroy Israel, there were no Palestinian refugees – not one. The Palestinian refugee crisis was the direct result of this Arab aggression. Wars are terrifying, and the large majority of Palestinian refugees simply fled the fighting as it approached their villages. In the limited cases where Israel expelled Arabs, it did so because of a clear military necessity created by this war.

Having to flee one’s home is a terrible tragedy. No one should deny the human suffering experienced by these hundreds of thousands of Palestinian refugees. But recognizing their suffering does not require us to blindly blame Israel for it. The ultimate responsibility for the Palestinian refugee crisis rests with those Arab leaders who rejected Israel’s creation and launched a war to destroy it.

The claim of genocide is just as easily disproven.

Simply out, Israel has never had a policy of intentionally harming Palestinian civilians. Quite to the contrary, even during wartime Israel goes to extraordinary measures to protect Palestinian civilians. These efforts to safeguard Palestinian lives – efforts that expose Israeli soldiers to far greater risk – are the exact opposite of genocide. These are the policies of a government that values all human life.

The math could not be clearer. Genocides – the intentional mass murder of certain groups of people – shrink the population of the targeted group. Hitler’s Holocaust, for example, reduced Europe’s Jewish population from 9.5 million in 1933 to 3.5 million in 1950.

In 1947, there were approximately 1.2 million Arabs living in the British Mandate for Palestine. Today — despite the fact that many hundreds of thousands have left this territory — that original number has grown to approximately 6 million (4.4 million Palestinians in the West Bank and Gaza plus 1.8 million Arab citizens of the Israel). There are actually more Arabs living in Israel today than were living in all of Palestine when the state of Israel was created.

Simply put, if Israel is trying to commit genocide against the Palestinians, it’s doing a terrible job of it.