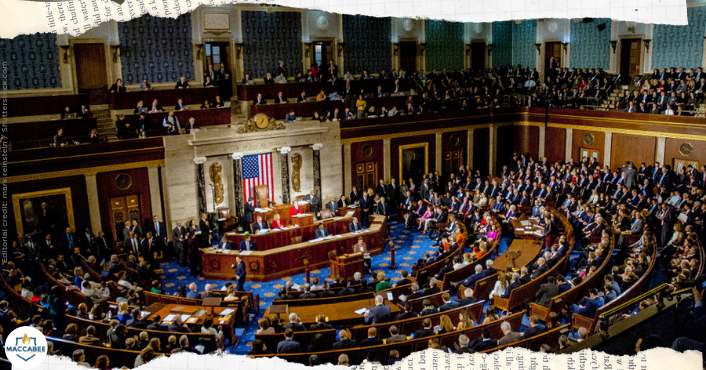 The House of Representatives on Tuesday voted to approve a non-binding resolution that opposes the boycott movement against Israel, a measure that won broad bipartisan support but faced pushback from some high-profile progressives.

The resolution was introduced in March, not long after Democrats faced a bruising internal debate over how to handle comments and tweets by Democratic Rep. Ilhan Omar that were criticized as being anti-Semitic, exposing the divide within the Democratic Party over Israel and US policy towards the country.

Introduced by a bipartisan group of members, the resolution supports a two-state solution, argues the global Boycott, Divestment, and Sanctions (sometimes short-handed as BDS) movement is an effort to delegitimize Israel and urges “Israelis and Palestinians to return to direct negotiations as the only way to achieve an end to the Israeli-Palestinian conflict.”

It also recognizes the right of an American citizen to “protest or criticize the policies of the United States or foreign governments.” Democratic Rep. Jerry Nadler, who chairs the House Judiciary Committee, and Republican Reps. Lee Zeldin of New York and Ann Wagner of Missouri were initial co-sponsors of the resolution.

Omar, as well as Democrat Rep. Rashida Tlaib of Michigan, have been openly supportive of the BDS movement and critical of the resolution. Tlaib tweeted earlier this month that the resolution is “unconstitutional” and aims to “silence” opposition to Israel’s policies. The movement is a non-violent activist campaign that aims to put economic and political pressure on Israel over its actions toward Palestinians, including calling for an end to Israeli occupation of the West Bank.

In response to Tlaib’s criticism, Democratic Rep. Brad Schneider of Illinois, the lead co-sponsor of the resolution, said Tuesday on CNN that the bill “does nothing of the sort.”

“It does not stop any speech about Israel or anything else. It recognizes the legitimate purpose and just ends of boycotts through our history,” Schneider told CNN’s Dana Bash. “But not every boycott is legitimate or just.”

“The movement itself — its intent, its goals — are anti-Semitic,” he added.

Although the debate over Israel and the BDS movement has exposed division among Democrats, the resolution had still been expected to pass with overwhelming bipartisan support