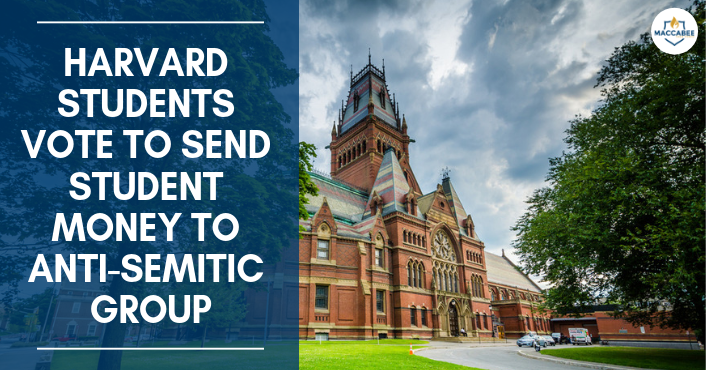 Israel Apartheid Week has a history of not promoting open, honest, or nuanced conversation. It’s about slandering democratic Israel by comparing it to apartheid South Africa.

If everyone admitted to a college is invited to campus, but Jewish students are made to feel less welcome, is the campus still everyone’s home? I never wondered about this as an undergraduate. But I absolutely did this week, after reading that Harvard’s Undergraduate Council (UC) funded Israeli Apartheid Week on campus.

When I arrived in Cambridge in the fall of 1996, Harvard felt like the Upper West Side’s northern outpost. That is, it was very culturally Jewish — Seinfeldian, if you like. Obviously, most students weren’t Jewish, but there was a decent-sized Jewish minority, and we were well integrated into campus life. It was an incredibly comfortable place for someone like me who was actively involved with the campus Hillel and kept kosher. But I’m not so sure I’d feel identically if I were a student there now.

This year doesn’t mark Harvard’s first IAW, but it appears to be the first one that’s received funding from the student government. And that seems like a notable change.

The UC, which is supposed to represent all Harvard undergraduates, recently voted 21-13-4 to grant $2,050 — serious money for student groups, and more than the UC’s typical grant — to fund the Palestine Solidarity Committee’s Israeli Apartheid Week. It is worth noting that part of the UC’s budget is funded by student activity fees charged to all enrolling students. UC Finance Committee Chair Noah Harris confirmed via email that “the rest [of the budget] comes from the administration to be allocated at our discretion.”

Discretion is crucial, because students are clearly split on whether IAW is an appropriate student government expenditure. One Hillel-affiliated student, Ilan Goldberg, emailed, “The grant was approved specifically because it relates to race relations . . . rather than because it works to improve race relations.” Now, it’s not my money, but if it were, I know I’d certainly prefer the latter to be the standard.

IAW has a history of not promoting open, honest, or nuanced conversation. It’s about slandering democratic Israel by comparing it to apartheid South Africa, while promoting the Boycott, Divestment, and Sanctions (BDS) movement on American college campuses. David Brog, executive director of the Maccabee Task Force, which fights rising anti-Semitism on American college campuses, told The Federalist, “Israel Apartheid Week clearly crosses the line from the legitimate criticism of Israel into the anti-Semitic demonization of Israel.”