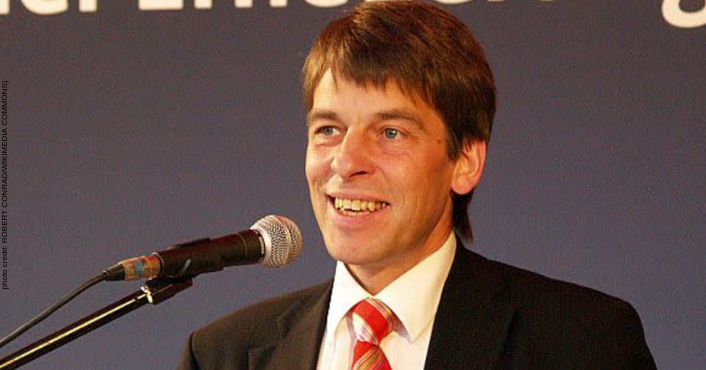 The former mayor of the German university city of Jena, Albrecht Schröter, has long been a supporter of the Boycott, Sanctions and Divestment (BDS) campaign targeting the Jewish state.

The NGO called “Foundation Peace Dialogue of the World Religions and Civil Society” discharged an allegedly antisemitic former German mayor from participating next month in a conference on religions for peace because of his aggressive hostility toward Israel.

Albrecht Schröter, the former mayor of the German university city of Jena, has long been a supporter of the Boycott, Divestment, and Sanctions (BDS) campaign targeting Israel. Germany’s Bundestag classified BDS as antisemitic in May.

In 2015, Schröter – who served as managing director for the NGO – accused Israel of partial responsibility for the Syrian refugee crisis, and called on Germany’s foreign minister to “show less restraint” toward the Jewish state.

“As managing director of the foundation, Dr. Schröter was to be responsible for the organizational tasks for the preparation and implementation of the world conference,” Ulrich Schneider, executive director of Foundation Peace Dialogue of the World Religions and Civil Society, wrote the The Jerusalem Post by email on Tuesday. “Shortly after starting work, it became clear that between Dr. Schröter and the foundation board, there were differences on different questions. For this reason – not least against the background of the ambitious time course leading up to the conference – the employment relationship with Dr. Schröter was ended.”

The NGO’s conference, called “Religions for Peace: 10th World Assembly,” is provided with substantial funding by the German Federal Foreign Office and the State of Bavaria. The conference, which describes itself as “the world’s most representative, multi-religious gathering of religious communities,” is slated to take place in the Bavarian town of Lindau.

In response to his termination, Schröter wrote an angry, rambling statement – titled “How can the influence of the Israel lobby be stopped?” – that was published on two antisemitic German websites on Monday, and later scrubbed from the websites.

In a copy of the deleted statement obtained by the Post, Schröter claims that the NGO confronted him with a blog that outlined his alleged antisemitic activities.