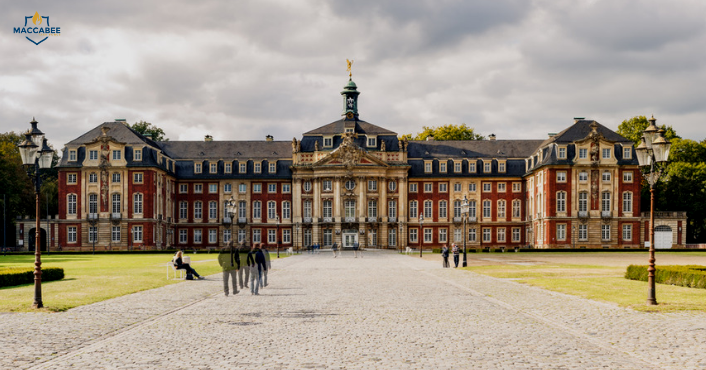 The Green student group said that its federal association was the first signatory of the motion passed in June against BDS.

The student parliament for the University of Münster in the German state of North Rhine-Westphalia passed a resolution on Tuesday against the BDS campaign targeting Israel.

“We clearly position ourselves against any form of antisemitism and reject the boycott efforts against Israel,” read a Facebook post of the Green party group (CampusGrün Münster) at the university. “In particular, we are positioning ourselves against the BDS movement and oppose any cooperation with this.”

Leon Focks, president of the student parliament, confirmed in an email to The Jerusalem Post that the student body passed the anti-BDS resolution, saying the vote result would be posted shortly. The University of Münster has an enrollment of over 43,000.

“With this motion, we follow the example of the ‘resolution – against BDS and every [form of] antisemitism’ – that was signed by the Jewish Student Union Germany, Youth Forum of the German-Israeli Friendship Society and the umbrella organization for student groups in Germany (FZS),” the Green student group wrote.

“An alliance across the political spectrum sending a strong signal against any kind of antisemitism and against BDS – I hope with this unity we are more effective in excluding antisemitism from universities and creating spaces where Jews feel welcome and safe any time,” Felix Schmitz, a spokesman for the campus Greens, wrote on Twitter.

“What remains is the call for more Israel solidarity & against all antisemitism!” tweeted Ruben Gerczikow, a member of the executive board of Jewish Student Union Germany.

Gerczikow shared the union’s post on Twitter: “While today at #DISK19 we adopted a joint resolution against antisemitism & BDS at colleges, Abbas names a university for terrorists!”

The hashtag DISK19 signifies the German-Israel student conference 2019. “For us, any cooperation with BDS, its actors, supporters and partners is excluded,” the resolution states. “The boycott campaign against Israel represents a particularly aggressive expression of Israeli antisemitism, for which there can be no room at German universities.”

Abu Jihad was the mastermind of the Munich Olympic terrorist attack that murdered 11 Israeli athletes and a Munich police officer in 1972. Abu Jihad was responsible for the murders of at least 125 Israelis, including the hijacking of a bus and killing of 37 civilians, 12 of them children.

Shahar Arieli, a diplomat at the Israeli embassy in Berlin, attended the German-Israeli student event along with Uwe Becker, commissioner of the Hessian federal state government for Jewish life and the fight against antisemitism. Frankfurt is located in the state of Hesse.