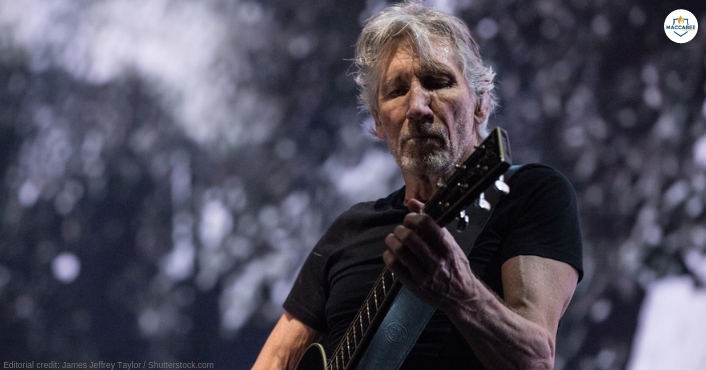 WASHINGTON — A Maryland suburb revived its plan this week to screen an anti-Israel documentary narrated by Pink Floyd frontman Roger Waters, after postponing the screening in June in response to a protest by local Jewish leaders.

The city of Takoma Park, outside Washington, DC, is planning to show “The Occupation of the American Mind” in the town’s community center on July 23 as part of a cultural series.

The film claims to expose how Israeli government and pro-Israel lobbying groups have used media manipulation to shape American views on its control of the West Bank and Gaza.

The screening is now slated to be followed by a panel discussion with representatives from Jewish Voice for Peace and the Council on American Islamic Relations. Previously, such a program was not part of the event.

On Tuesday, city officials reached out to the Jewish Community Relations Council of Greater Washington, which had strongly objected to the film’s screening in the first place, to also participate in the panel, according to an email seen by The Times of Israel.

The format would allow the audience to write questions and submit them to a moderator, as well as give comments after the discussion.

“I know that you have raised concerns about the showing of the film and hope you will agree to be a panelist so you can share some of your views with the audience,” Donna Wright, a city official, wrote to the JCRC of Greater Washington.

The JCRC of Greater Washington declined Takoma Park’s request to participate in the event.

In a letter to the city’s mayor, the group said: “We are dismayed that we learned of this new plan only from your communications staff … which asks us to sit on a panel with two organizations explicitly opposed to the very existence of the State of Israel and the right of the Jewish people to self-determination. That is hardly the basis for a respectful and productive dialogue.”