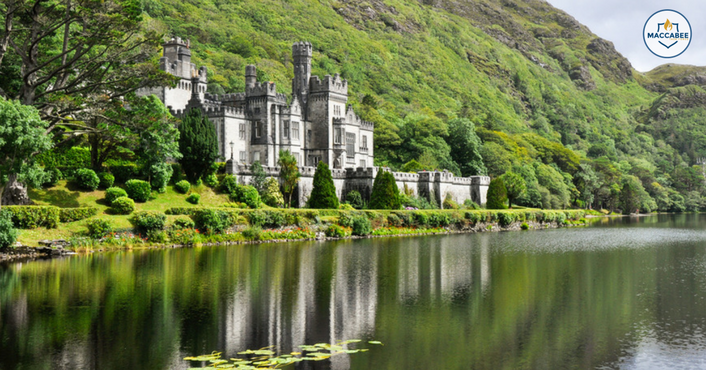 Israel-Boycotting Legislation? Not in Ireland

American diplomacy derailed an [ Israel-boycotting ] bill that was set to pass Ireland’s parliament, which would have outlawed Irish citizens from buying souvenirs in lands captured by Israel in 1966, Adam Kredo of the Washington Free Beacon reported Monday.

Last week, Ireland’s parliament was poised to pass legislation that would have made the purchase souvenirs in Israel a criminal act, punishable by a maximum of five years in jail and a $310,000 fine.

When the Trump administration became aware of the bill, which is thought to be part of the Boycott, Divestment and Sanctions (BDS) campaign to isolate Israel, it opened up channels of communication with Irish politicians to warn them of the significant consequences they would face if they adopted the legislation.

The administration “made clear to Irish leaders that passage of the bill would put them starkly at odds with the United States and subject them to inclusion on a list of countries supporting boycotts of the Jewish state,” Kredo reported.

While some legislators called the legislation a “crackpot bill,” it appeared to have enough support to pass.

“This law was a done deal in Ireland,” an official at a pro-Israel organization who credited the Trump administration for taking the initiative, told the Free Beacon. “It was going to pass, and there would have been this insane situation where the Irish would be sending people to jail for buying souvenirs in the Old City, while the U.S. would have to put them on our list of countries that boycott Israel, which is not a good list to be on.”

“Our strong opposition to boycotts and sanctions of the State of Israel is well known,” an unnamed State Department official, who was unauthorized to speak on the record, told the Free Beacon. “We look to other countries to join us in bringing an end to anti-Israel bias.”