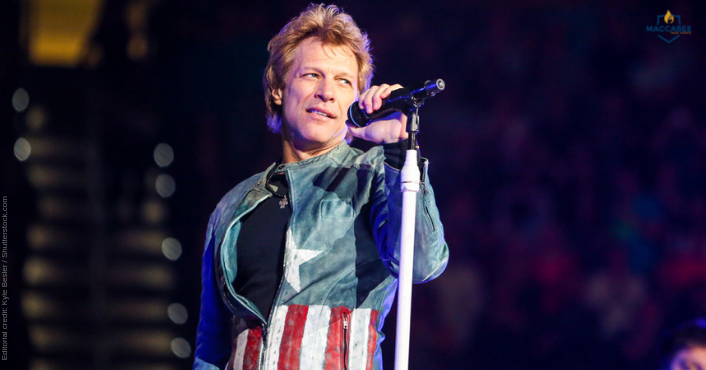 World renowned rock star Bon Jovi has arrived in Israel to perform in Tel Aviv despite a massive campaign by the international anti-Israel Boycott, Divest and Sanctions movement to persuade him to cancel the trip.

Jon Bon Jovi and his band arrived Monday and will perform this Thursday at Park HaYarkon on his ‘This House is Not For Sale’ tour.

Bluestone Entertainment promoter Guy Beser was quoted by The Jerusalem Post as saying Bon Jovi received more than 5,000 letters from BDS activists urging him to cancel the performance, “but he said ‘I chose Israel and I’m coming, no one will cancel my show.’ This is an example of an old school artist that isn’t afraid about his career.”

It’s also not the first trip to Israel for Bon Jovi, who last came to Jewish State to perform in 2015 for more than 50,000 wildly screaming fans. It’s unlikely there will be fewer at the venue on Thursday and very possible there may be more.

Bon Jovi’s family, band and friends all plan to stay after the concert to tour the country from the north to Jerusalem, Beser said.