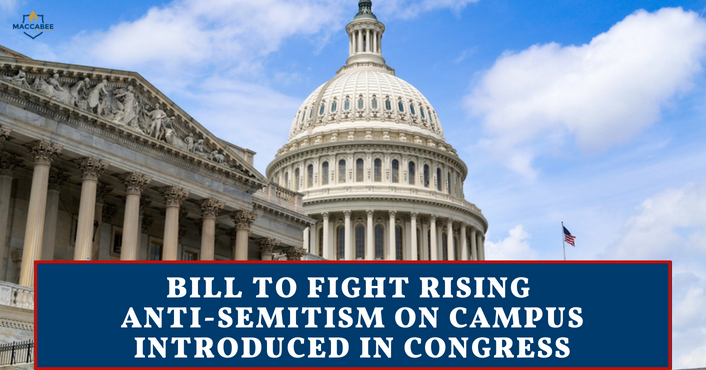 A bipartisan bill to combat anti-Semitism was introduced last week in Congress, following statistical analysis showing that Jews are the most targeted religious group for hate crimes annually.

The State Department defines anti-Semitism as “a certain perception of Jews, which may be expressed as hatred toward Jews. Rhetorical and physical manifestations of antisemitism are directed toward Jewish or non-Jewish individuals and/or their property, toward Jewish community institutions and religious facilities.”

Examples provided by the Department include, but are not limited to, “Calling for, aiding, or justifying the killing or harming of Jews in the name of a radical ideology or an extremist view of religion,” and “Accusing Jews as a people of being responsible for real or imagined wrongdoing committed by a single Jewish person or group, or even for acts committed by non-Jews.”

This is of particular importance as college campuses have become a hotbed for anti-Semitismvia the Boycott, Divest, and Sanction, or BDS, movement.

“According to recent reports, anti-Semitic attacks on college campuses have risen sharply in recent years. Unfortunately, the Department lacks firm guidance on how to define anti-Semitism,” according to a congressional press release by the offices of the bill’s sponsors. “By codifying the definition of anti-Semitism adopted by the U.S. State Department’s Special Envoy to Monitor and Combat Anti-Semitism, this legislation will enable the DOE to protect students from the most insidious and modern forms of anti-Semitism.”

The release added that the legislation would not infringe on First Amendment or academic freedoms. Rather, “it provides the Department of Education’s Office of Civil Rights with a guideline for determining whether cases that already rise to the level of actionable discrimination were motivated by anti-Jewish animus.”