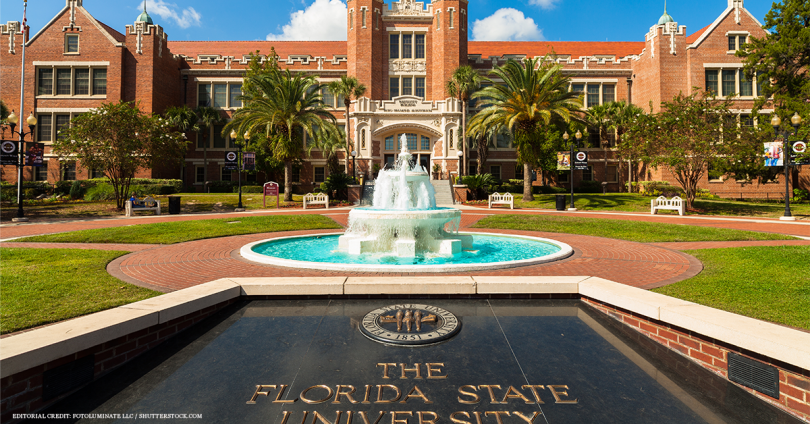 A no-confidence vote to remove the new Florida State University [ FSU ]Student Senate president due to past antisemitic statements he had made failed to gain a necessary two-thirds majority on Wednesday night, though the final tally was concealed by the presiding director.

Ahmad Daraldik — who is Palestinian-American — recently replaced a previous president of the Student Senate who was expelled for criticizing the Black Lives Matter movement.

It was later discovered that Daraldik had made numerous statements online such as “stupid Jew” and “f**k Israel.”

In addition, a web page belonging to Daraldik openly minimizes the Holocaust, calling it simply an “atrocity” and comparing Israel unfavorably to Nazi Germany.

The vote on removing Daraldik took place at the end of a Zoom meeting. The vote tally was concealed from the participants, but it was claimed that the motion did not garner a two-thirds majority.

Carly Schlafler — director of communications for the Israel on Campus Coalition — told The Algemeiner, “Jewish and pro-Israel students are disappointed by this outcome, which reflects an apparent double standard” — a reference to the removal of the previous president.

“During the five-hour Zoom meeting, Jewish and pro-Israel students spoke passionately about how Ahmad’s postings made them feel unsafe and marginalized, and about their desire for the Student Senate to make this right by electing a more inclusive leader,” she said.

Schlafler also indicated that the vote was highly irregular. She said that Dr. Daniella Morgan Acosta, interim director of student affairs, counted the votes, but then said she needed to sleep and would allow senators to change their votes.

After her final count, she said the no-confidence motion had failed, but did not reveal the actual tally.

Max Samarov, executive director of research and strategy at the pro-Israel education group StandWithUs, told The Algemeiner, “Jewish students showed up in large numbers to call for the vote of no confidence. They shared deeply personal stories and perspectives to educate senators about why the Senate president’s posts and statements from 2012 until now have been so harmful to them.”

“This included their family’s experiences in the Holocaust, trauma from terrorist attacks in Israel, antisemitic incidents on and off campus, and more,” he added.

Daraldik, Samarov noted, apologized for hurting Jewish students, but continued to defend his antisemitic website comparing Jews to Nazis. He cited far-left Jewish academic Norman Finkelstein, who has accused Jews of exploiting the Nazi genocide via a “Holocaust industry,” as proof he was not antisemitic.

Jennifer Kutner, director of media relations at StandWithUs, told The Algemeiner that the head of the FSU branch of Students for Justice in Palestine (SJP) had used obscene language during the meeting.

Daraldik’s defenders also repeatedly claimed his antisemitic statements were all made when he was 12 or 13 years old, which was untrue.

FSU’s SJP branch celebrated the vote, tweeting, “Thank you so much for the outpouring of support. We are proud to announce Ahmad Daraldik has kept his seat as Senate President!”

“Things are changing,” they claimed. “Now it’s not only international law on our side but public opinion too.”

Thank you so much for the outpouring of support. We are proud to announce Ahmad Daraldik has kept his seat as Senate President!

Things are changing. Now it’s not only international law on our side but public opinion too. 🇵🇸 #ImWithAhmad