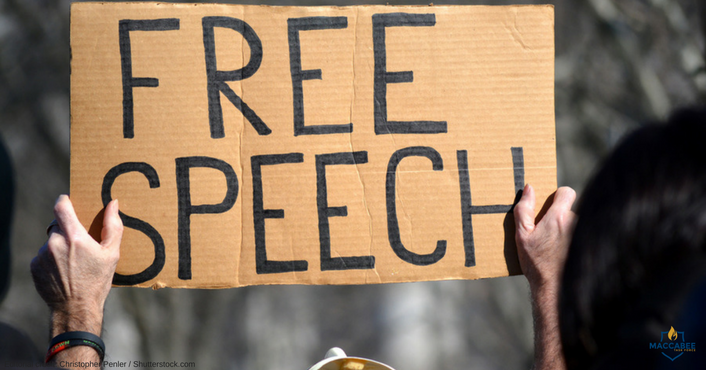 “Free speech is alive and well in the Lone Star State. The only thing the anti-BDS legislation does is protect the taxpayer from becoming complicit in hate speech and antisemitism.”

The fate of a law is never sealed with its passage; even the best of laws can fall prey to misinterpretation and skewed enforcement.

That was the case in Dickinson, Texas, where government officials falsely interpreted legislation prohibiting state entities from doing business with organizations and companies that support the boycott, divestment and sanctions (BDS) movement against Israel.

Blame it on a lack of reading comprehension skills, incompetent legal advice or improper concerns about “freedom of speech.” For whatever reason, Dickinson officials are now requiring individuals to sign an application for a hurricane relief grant that reads in part:

Just one problem. There is nothing in Texas House Bill 89 that prohibits individuals from supporting or participating in BDS activity.

But this is America. And we never pass up an opportunity to promote a political agenda and paint those who disagree with us as being enemies of freedom.

Currently, 22 states have passed legislation prohibiting them from doing business with, and/or investing in companies that participate in the BDS campaign, which singles out the Jewish state.

Since 1977, federal law has permitted civil penalties against US corporations that participate in boycott requests from foreign countries against US allies, or that make such requests themselves. There is nothing in any of these laws that restricts free speech or penalizes individuals or organizations for boycotting or advocating against Israel.

Northwestern University School of Law professor Eugene Kontorovich has addressed the constitutional concerns of free speech raised by the ACLU and other critics of certain anti-BDS legislation:

What these laws deal with is what states have deemed to be discriminatory business conduct and practices. When a company decides not to do business with someone because of its affiliation with Israel, [the company] is engaged in a form of impermissible bigotry and discrimination. The states are saying, “you’re allowed to discriminate. It’s America. You can discriminate. But we don’t have to subsidize your discrimination with taxpayer money.”