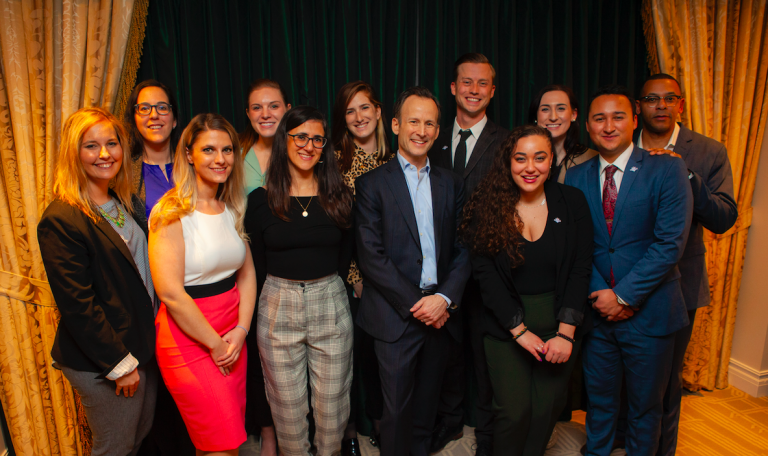 “We want to revive a generation of Jews and non-Jewish allies that are willing to boldly fight for Israel,” said David Brog, CEO of the Maccabee Task Force.

Among key principles shared at the conference was the importance of building mutually beneficial coalitions with groups that previously had not aligned with pro-Israel interests. Organizers explained that one of the most effective strategies in coalition-building is to recruit emerging non-Jewish campus leaders to see Israel and the Palestinian areas firsthand on fact-finding trips that include a visit to Jewish settlements in Judea and Samaria, as well as to the Palestinian Authority.

“There is nothing like a trip that actually activates these students that I have seen. It is the most impactful thing I think I do on campus,” said Ilya Bratman, executive director of Hillel at Baruch College in New York.

Returning from these missions, students are more likely to work against BDS activities, protests and resolutions on campus.

Andrew Getraer, executive director of Rutgers University Hillel, said he was particularly gratified to work with MTF. “I don’t have any single donor who gives as much,” he said, noting that funds go towards programs Hillel comes up, as opposed to receiving funding for specific programs instituted by outside organizations.

MTF is funded by Sheldon and Dr. Miriam Adelson, mega-philanthropists who have given millions to Birthright Israel, the Israeli-American Council and other Jewish organizations.