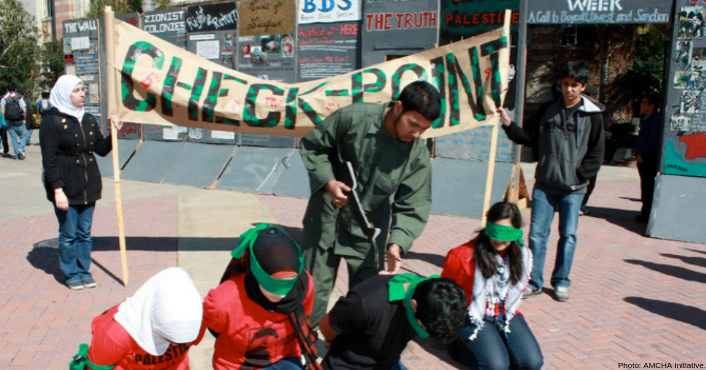 Anti-Israel activities on American college campuses are on the rise, a new report published by an antisemitism watchdog group on Tuesday found.

“While acts of classical anti-Semitism in the U.S. reached near-historic levels in 2018 and included the deadliest attack against Jews in American history, the nation’s colleges and universities revealed a somewhat different but nonetheless troubling story,” the AMCHA Initiative study — titled, “The Harassment of Jewish Students on U.S. Campuses: How Eliminationist Anti-Zionism and Academic BDS Incite Campus Anti-Semitism” — said. “On US campuses across the country, harassment motivated by classical anti-Semitism actually decreased, and significantly so. At the same time, however, the number of Israel-related acts of harassment increased significantly.”

According to the research, incidents of “Israel-related anti-Semitic harassment” jumped by 70% last year.

One main reason for this, the report said, was that faculty “took a much more active and prominent role in academic BDS promotion and implementation, and in the promulgation of anti-Semitic expression used to justify academic BDS.”

AMCHA Initiative director Tammi Rossman-Benjamin stated, “Academic BDS is more dangerous than people realize. Not only does implementation curtail students’ educational rights and opportunities, its promotion on campus, particularly by faculty who give it academic legitimacy, is inciting an alarming increase in harassment against Israel’s presumed supporters, first and foremost Jewish students. Administrators must take the necessary steps now to stop these unacceptable acts of intolerance.”