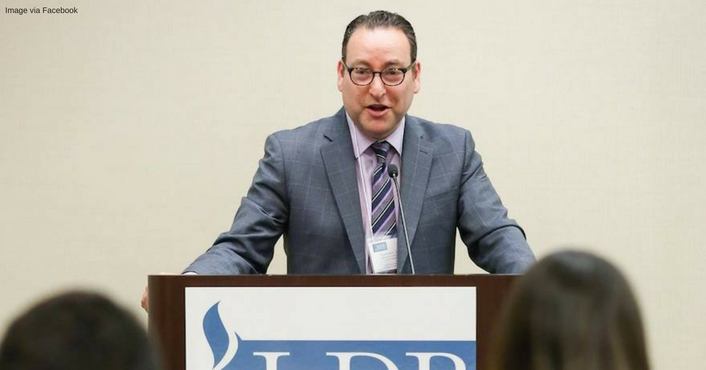 On Thursday, the Senate voted 50-46 to support the Marcus nomination as assistant secretary for civil rights.

Marcus had aggressively litigated that position as the founder and president of the Louis D. Brandeis Center for Human Rights Under Law. The group was among the first to praise his Senate approval.

“This is a momentous occasion not just in the fight against anti-Semitism, but against all forms of prejudice and hate,” Alyza Lewin, his successor at the Brandeis group, said in a statement.

“When Marcus uses charge of ‘anti-Semitism’ to quell free speech on Israel-Palestine on campus, where will senators be then?” she said on Twitter after the vote.

But what appeared to doom Marcus’ chances for Democratic support during hearings last December was his embrace of Education Secretary Betsy DeVos’ rollback of Obama-era protections for victims of campus sexual assault. Marcus, grilled by Sen. Patty Murray, D-Wash., refused to “name a single example of something President Trump has said or done when it comes to discrimination or women’s rights or civil rights you disagree with,” as Murray put it.

Marcus would not, and for Democrats who have made Trump’s rollback of reproductive protections and his rhetorical attacks on minorities and women a centerpiece of their opposition to him, that was a death knell. Also opposing Marcus were an array of civil rights groups.

Marcus, who served in similar civil rights positions in the George W. Bush administration, also has opposed affirmative action and resisted pursuing bias cases without evidence that there is intent behind the bias.